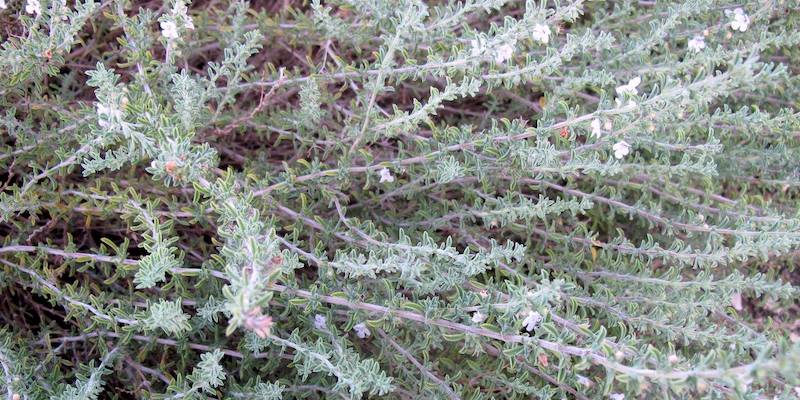 Biodiversity of the pseudo-steppe in the Park of Coastal Dunes: the Apulian satureja
Overview

The Apulian satureja (Satureja cuneifolia L., 1753) belongs to the genus Satureja, a genus of dicotyledonous spermatophytic plants of the family of the Lamiaceae.

The etymology is uncertain, it can derive from an ancient Roman word whose Latin root "saturated" means "satiated" in reference to the digestive properties of the juices of the plant, or also from "sauce", to indicate its aromatic properties in the kitchen.

It is a 20 - 45 cm tall perennial plant, with erect grey-whitish stems and cauline leaves almost one centimeter long and of dark green colour and sprinkled with white hooked hairs. It blooms between July and November and grows in garrigues, on the Mediterranean maquis, arid uncultivated and pseudosteppe areas.

The species of this genus (about 40-50) originate mainly from the Mediterranean basin, as they prefer a warm and temperate habitat. In Italy it is a rare species and is located in the South; there are six different species of Satureja italica, including the typically Apulian one, with a height between 20 and 40 cm, perennial biological cycle.

In Puglia the Satureja grows mainly between arid pastures and cliffs, just like the fossil dunes and fossil rivers of the Dune Costiere Park.