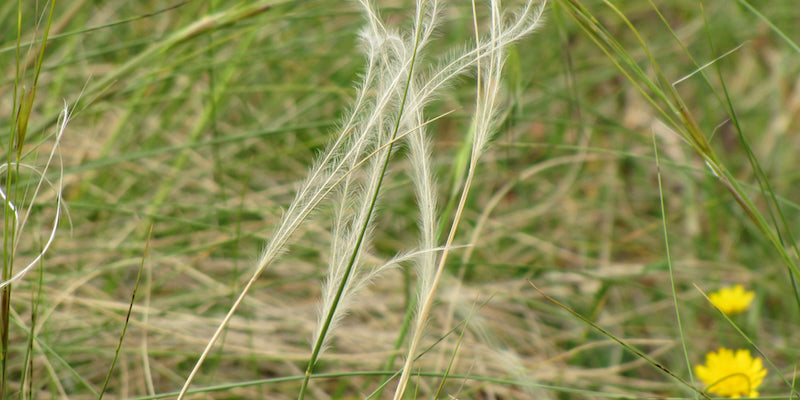 Biodiversity of the pseudo-steppe in the Park of Coastal Dunes: the Fairy Flax
Overview

The fairy flax (Stipa austroitalica, Martinovský) is a plant belonging to the family of the Poaceae (Gramineae), an endemic graminacea of protected species, typical of the pseudo-steppe areas, which blooms between April and June in the areas of Gargano and Murge, in Apulia, but also present in Basilicata, Campania and Calabria.

The scientific name comes from the Greek "styppe" and from the Latin, in fact stipa means "straw", whilst "austroitalica" is decomposable in "uster" (wind blowing from the south) and "Italic", therefore straw present in southern Italy.

It is a bushy plant reaching a height between 30 and 80 cm with a rigid stem, thin leaves and a smooth and silky inflorescence.

During the days of strong wind (especially if coming from the north) the the fairy’s linen meadows offer shows of strong choreographic suggestion (also in the backlight), with the long feathery ridges that sway between the play of light and shadows caused by the rapid passage of clouds, simulating the whitewashed crests of the waves of the sea.