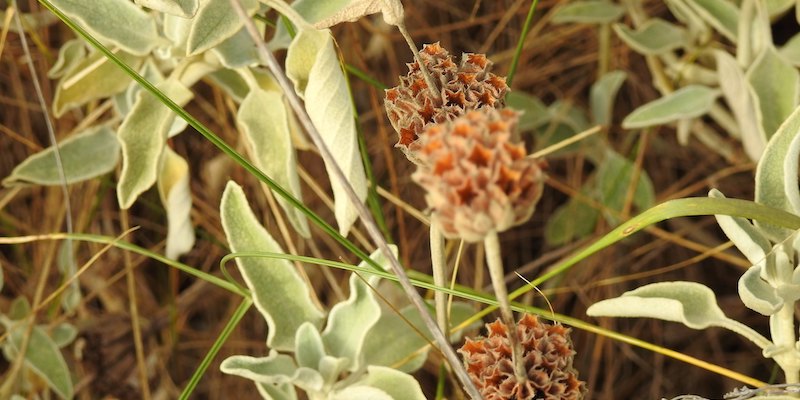 Biodiversity of the pseudo-steppe in the Park of Coastal Dunes: the Jerusalem Sage
Overview

In the late spring period, usually from May until the end of July, it is possible to observe the flowering of the Phlomis fruticosa, a habitat that occupies the internal part of the dunes where the sand is more compact, but also on the fossil dunes and inside the blades.

The plant, also known as "Jerusalem sage", belongs to the "Lamiaceae" family. It is native to the countries bordering the eastern Mediterranean basin and arises spontaneously in Albania, Cyprus, Greece, Italy, Turkey, and some regions of the Balkan peninsula.

It is essentially an evergreen shrub with an aromatic scent of sage, about a meter tall with oval-shaped leaves, gray-green in color and with a wrinkled surface covered with fine hairs. The intense yellow flowers are tubular or labiata in shape and have a maximum length of three centimeters.

In folk medicine, the flowers were used to heal minor wounds and as a natural remedy for coughs. And in ancient times the stems of the leaves were used as a wick in oil lamps.