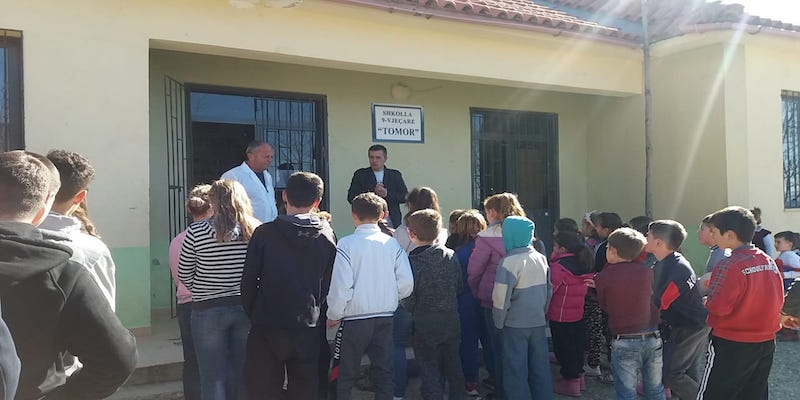 On 17th February 2020 the 2nd meeting of the Awareness Campaign organized by the National Agency of Protected Areas (NAPA) in cooperation with the Regional Administrate of Protected Area (RAPA Berat) took place. Experts met the pupils of the Elementary-High School Dardhe of Berat. With the help of games aimed at raising awareness on the importance of conservation of Western Capercaillie (Tetrao Urogallus), pupils learnt about the concrete actions carried out in the National Park “Tomorri Mountain” to preserve this endangered species thanks to LASPEH.

Awareness campaigns are one of the activities envisaged by LASPEH – “Low Adriatic Species and Habitat”, with the aim of sharing conservation measures on endangered habitats and species. One of the species of great naturalistic value involved in the project is the Western Capercaillie (Tetrao Urogallus), in the National Park Tomorri Mountain (Berat, Albania).

LASPEH aims to define a common strategy to preserve the natural and landscape heritage of the Lower Adriatic area (in particular in Italy, Albania and Montenegro) to face the loss of biodiversity. Particular attention is given to the species protected by directives 92/43 / EEC and 79/409 / EEC, typical of these eco-regions and threatened by the change in environmental conditions, caused by poor management and by climate change.